Come on in and introduce yourself!
General watch talk.
Post Reply
63 posts

I always wonder why nobody trying to remake a Aquastar Benthos till this moment
https://aquastar.ch/pre-order/
Watch collector since 1989
Top

Yep. We now know Rick's next project. Price is steep, but I like the looks. 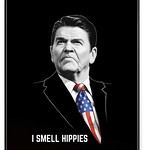 
Sent from my iPhone using Tapatalk
DEATH FROM ABOVE

Wow. Nice re-edition, but steep price. However, last original Deepstar I saw for sale had a $12K asking price.
"Fat, drunk, and stupid is no way to go through life, son." - Dean Wormer
Top

Probably much more to the doxa story anyway (doxas, ricks, and the truth).

Its interesting, but I much prefer the doxa t-graph (guess I am biased).
“To absent friends, lost loves, old gods, and the season of mists; and may each and every one of us always give the devil his due.”
― Neil Gaiman, The Sandman

I bought a cheap watch from a crazy man
Floating down canal
It doesn't use numbers or moving hands
It always just says now
Now you may be thinking that I was had
But this watch is never wrong
And If I have trouble the warranty said
Breathe In, Breathe Out, Move On

Looks fantastic, but of course they had to make it too big.
51mm ltl doesn’t work unless you’re Art or Ed
Top

I like the look.... but not enough to spend the cash.

I took several points from that article.

Main takeaway for me is its a nicely sized 200M chrono (eg, rugged without being gigantic), has lots of nice vintage vibe, and has that unique bezel worthy of lots of conversation in a bar. But its not your best choice if you actually dive using a watch.
www.usmcscoutsniper.org - Life Member
“Qualified to deport with denizens of the deep, mermaids, and other inhabitants of the realm of Neptune.”
Top

I gave this some thought and I don't normally buy new made watches. I guess a little over 700 buck deposit and pay the rest later before ship but 2800 still a lot of money 20mm lugs would of been better. Glad I cooled my thought of buying it never happy with a remake.
Top

I would do the grey dial if I was going to order.
Top

Cool vintage reissue. But as others have said, a bit pricey at close to $3K for the pre-order. It does look like they've done a nice job, though
Top

I also like the gray dial.
Between this and the Nivada, tough choices.
As the vintage Aquastar is quite pricey, this would satisfy the vibe. The vintage Nivadas are about 2-2.5K, but nice ones are hard to find.
"We'd better synchronize our watches."
Top

How a Star Was Re-Born, a Letter from Rick Marei on Aquastar

It’s good to be back, even though I was never actually gone...

For those who don't know me, my name is Rick Marei, and for almost 20 years, WatchuSeek was my 2nd home, as it was from these very pages that I brought the DOXA brand to life. I particularly enjoyed the early days of online watch collecting here, and even since social media has appeared, WatchUseek has always been home for me and hundreds of thousands of fellow watch enthusiasts. I'd like to offer a special thanks to everyone here, the old veterans, and the new Watchuseekers, and thanks to WatchUseek for the trip down memory lane some 20 years ago when I created the first official watch brand forum on WatchuSeek and therein made my first post about the release of the first DOXA SUB re-edition.

This is my story.

In 1999, I searched the phone book for the makers of Aquastar, dialed the number and spoke to a gentleman by the name of Gaston Seinet. I enquired about spare parts for my Benthos collection and one thing led to another, and soon we were talking about how the Internet will change the world and whether he would be interested in a collaboration, where I would help create an ecommerce business model for Aquastar. A few conversations later, I was extremely disappointed when Mr. Seinet said something that I won’t forget: “I am a sailor and a boat with two captains is destined to sink.” Mr. Seinet added, "we are based in Geneva and you are based in Vienna, a collaboration on such a distance won’t work." Mr. Seinet finished, "we will build our website and e-commerce offering and if we need your help, we will contact you." My disappointment in that moment was devastating, not knowing how this would end up 20 years later...

A few months later, I was speaking to the sales manager at DOXA about a similar e-commerce concept, and suddenly, ten years had passed, and although I never forgot my Benthos, I didn’t have any time or resources to accommodate another brand. My professional life during those years was consumed with the re-birth and development of the DOXA SUB, which would soon go on to achieve the global notoriety it deserved.

Fast forward to 2019, where, in addition to DOXA, I'd revived a collection of other interesting watch brands once lost to the annuls of history – brands like Aquadive, ISOfrane, and most recently, the legendary TROPIC Strap. It was at this time that I made the choice to return DOXA to its owners so they could continue the journey that we started together in 2001. And it was here, where my thoughts returned to the Benthos, and to Aquastar from the beginning of my journey, some 20 years previous.

Aquastar has actually maintained a small e-commerce presence since 2001, where they focused primarily on Regatta sailing watches, which continued one facet of Aquastar's original catalog. Under the helm of Marc and Gaston Seinet since 1983, the Seinets created and developed several generations of Regatta watches. Marc, being a sailor and extremely knowledgeable in both fields, helped Aquastar become “the regatta watch company” until 2018.

I reconnected with Mr. Seinet in late 2019 and our conversation brought us to a point where we decided to rebuild the brand’s historical presence and use the experience that we both have in the fields of watchmaking, as well as a shared love for sailing and diving.

Unfortunately, Mr. Seinet ultimately realized that he would not have enough time or resources to dedicate to this project. So, I needed resources to replace Mr. Seinet’s share. That’s where the Synchron Group stepped in and together in 2020, we made it our goal to resurrect Aquastar and bring it back to its former glory. We signed an agreement to acquire the brand, which included all the old stock, vintage tooling, along with reams of Aquastar's historical patents and blueprints. For all of this, I owe a debt of gratitude to Mr. Seinet, who I found to be one of the most intelligent and eloquent watch personalities I have met in 25 years in the watch business. In addition to being pleasant to deal with, he possesses a great sense of humor and fairness, and deep knowledge of the watch market.

So it is here, where we now begin to tell the last great untold story of the Swiss watch world. And I'm honored you've chosen to join me on this new journey.

Interesting on the Doxa part also.

The deep star is growing in me.

But I am probably going to wait the 6 months for the benthos to be reissued. It is inevitable.
“To absent friends, lost loves, old gods, and the season of mists; and may each and every one of us always give the devil his due.”
― Neil Gaiman, The Sandman

I bought a cheap watch from a crazy man
Floating down canal
It doesn't use numbers or moving hands
It always just says now
Now you may be thinking that I was had
But this watch is never wrong
And If I have trouble the warranty said
Breathe In, Breathe Out, Move On

Grey dial on this rules so hard. Chatted with Rick earlier this year, he seemed to be in a totally different headspace than when he was with DOXA – I get the sense that Aquastar is really his calling.

I'm not much of a chronograph guy, but looking forward to checking one of these out.
Top

Boy oh boy, that really is beautiful, and pays tribute to the original
perfectly.

Thanks so very much for the news Kempo !
Top

Interesting on the Doxa part also.

The deep star is growing in me.

But I am probably going to wait the 6 months for the benthos to be reissued. It is inevitable.

If pricing the same as this one a vintage Benthos is cheaper and will hold it’s value better. Remember getting a fixer upper benthos for a little more than 500 bucks then having it serviced and sending it to Jack got a relume it turned out great. Think vintage ones go for 1500 -2500 now.
Top

The vintage are great but, as you mentioned, you have to put in the work.
"We'd better synchronize our watches."
Top 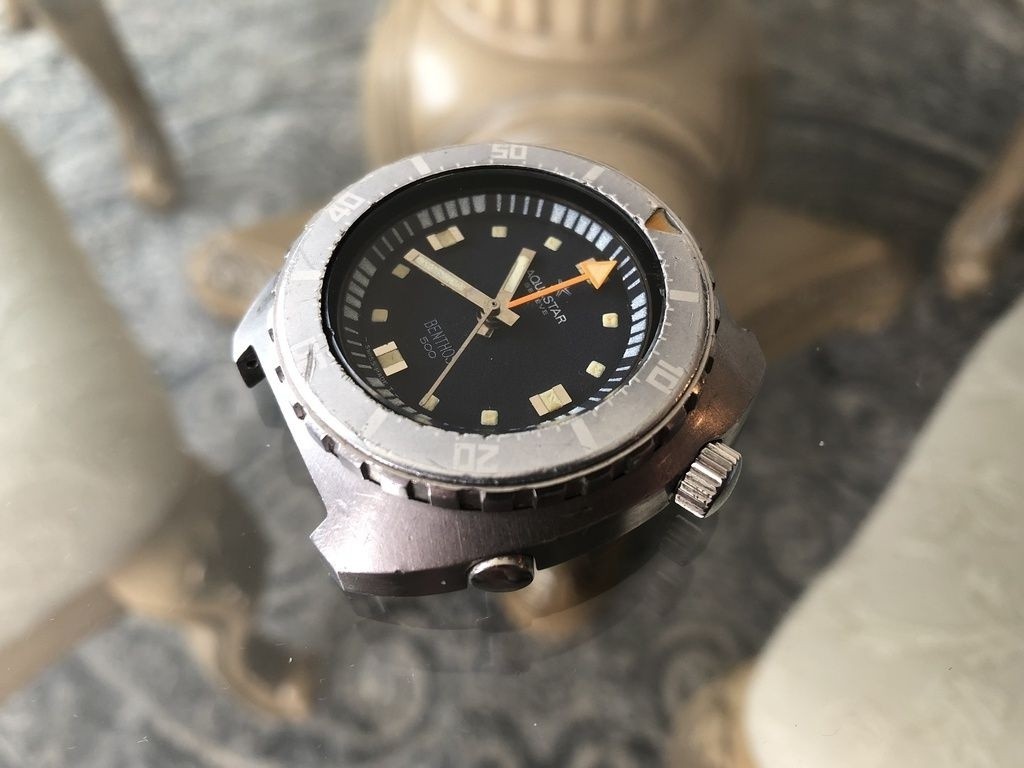