Come on in and introduce yourself!
General watch talk.
Post Reply
14 posts • Page 1 of 1

I stopped in at the local Vacheron Constantin AD on my way home from work as I had heard that they just got in the new Overseas and Quai de L'ile.

The Overseas actually blew me away. Both the three-hander and chronograph with sunburst blue dials are absolutely stunning in person. I didn't love the proportions of the three-hander in photos but it looked much better on the wrist. I'm not usually a bracelet guy but the bracelets on these watches are beautifully made and very comfortable on the wrist. An alligator and rubber strap are included as well. The prices are steep given that the Overseas now has the new VC in-house caliber inside - $19,900 for the three-hander and (gulp!) $28,900 for the chronograph. The AD had several of the older Overseas on hand and I have to say that the new model trumps the old one in pretty much every way IMO. I thought I'd miss the big date of the old chronograph but no. The case shape and proportions are a big leap forward. Major want.

The watch I actually went to see was the new stainless steel Quai de L'ile. At $14,900 it's VC's "entry level" watch but it has the same in-house movement as the simple Overseas and also carries the Geneva Seal. The AD had both the white and black dials in stock. I hesitate to call the dial 'black' because that would do it a disservice - it was actually more of an anthracite that looked almost dark brown under certain lighting conditions. It contrasted nicely with the black date ring. The pictures I've seen of this watch make it look good, but they don't really do it complete justice. It's gorgeous in the metal and very unique. I know it polarized opinion at DWC when I first posted pictures of it, but I think it has a super cool dial and case design and I don't think I've ever seen anything quite like it. It's modern, traditional, sporty and dressy all at the same time. I'd definitely go for the black dial as the white looked a bit washed out to me. Unfortunately the harsh lighting in the store made it very hard to capture the essence of this watch faithfully in photos.

As soon as I get that big raise from the DWC IT dept. I'm going shopping... Does the open date look less in your face in person?
Top

unixshrk wrote:Does the open date look less in your face in person?

I don't think it looks as prominent as it does in the photo taken under stark lighting.
Top

unixshrk wrote:Does the open date look less in your face in person?

I don't think it looks as prominent as it does in the photo taken under stark lighting.

I'll see if I can find one locally to look at.
Top

That Maltese cross bezel... is not for me. I think I'd pick an APRO or PP Nautilus if they were twice the price.
Top

Nice report and pics. Any photos of the side profile or movement? How was the finish on the movement?

Very cool, but other than the quick release straps I think I prefer my older blue Overseas Chrono across the board (and am wearing it today, and logged on to post in the WRUW, but will also add here for comparison).

I absolutely love the case and dial of that QdL in your last pic...that'd be a beauty on the wrist.
pure awesomeness :
(adj) The condition of having no faults, being completely extreme, and incredibly sick at life.
Top

That's true, but I don't think there are many people cross-shopping a VC Overseas and a Lange 1815. Totally different watches. But point taken and there is even a Lange now at under $15K.
Top

RALAustin wrote:Very cool, but other than the quick release straps I think I prefer my older blue Overseas Chrono across the board (and am wearing it today, and logged on to post in the WRUW, but will also add here for comparison).

I love the older Overseas too, but, having seen it in the metal, I prefer the shape and dial finish of the new one. They're both beautiful, though, and I assume great deals can be had on existing stock of the older model. The AD I visited last night had several of the old ones in stock, including the grey and blue dial and a couple of the LEs that they released towards the end of the run.
Top

greenlightning wrote:Nice report and pics. Any photos of the side profile or movement? How was the finish on the movement?

Sent from my SAMSUNG-SM-G890A using Tapatalk

The lighting was awful and I struggled to get any photos at all. I didn't get any good ones of the side profile or movement (I assume you 're talking about the QdL?), but here are a couple from the Hodinkee article: 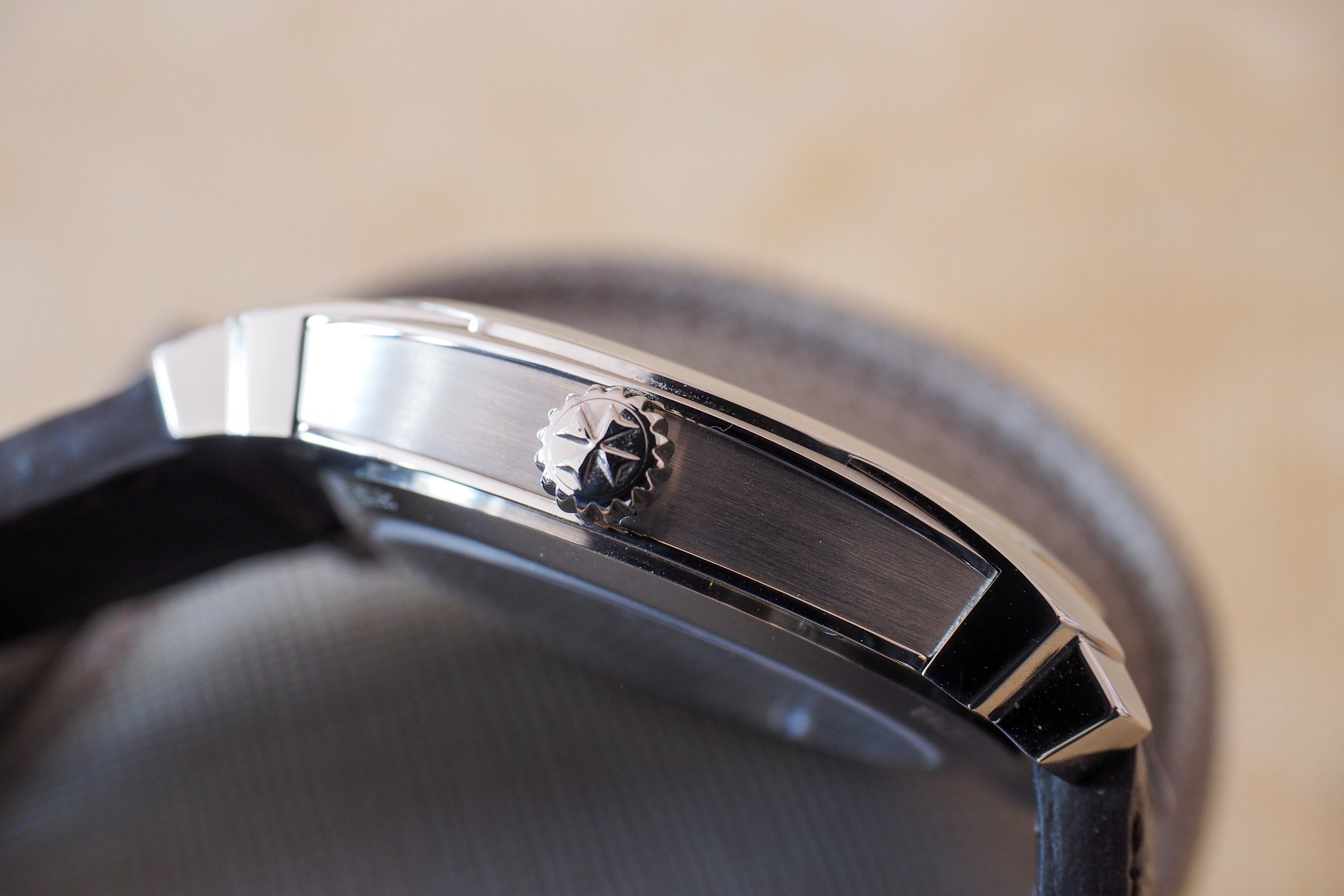 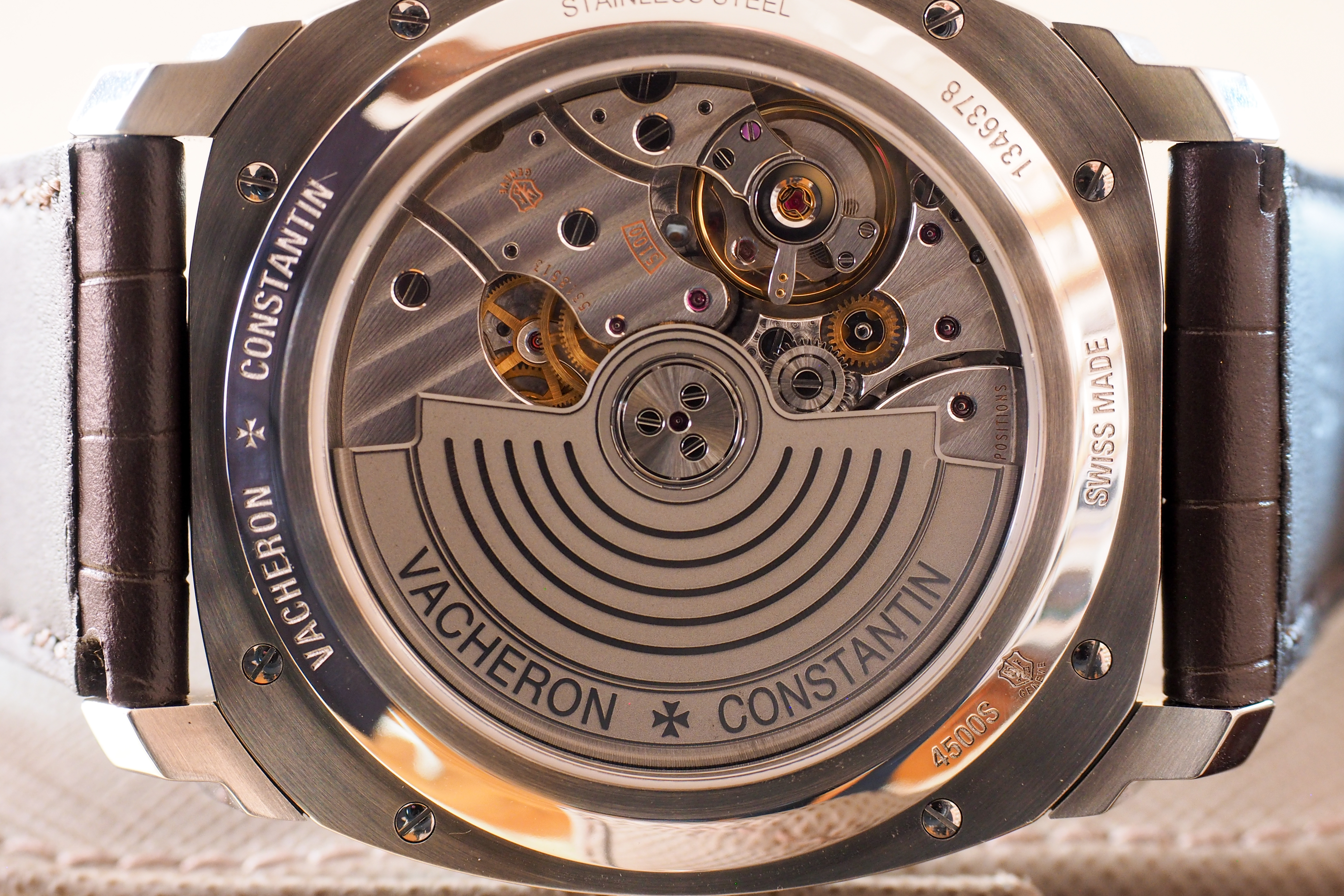 The rotor is made from Tungsten and gives the movement a unique look.

I didn't take any of the Overseas profile or movements but the movements did look gorgeous. The profile of the chronograph case looks very similar to an IWC Ingenieur like the 3227.
Top

The Quai de L'ile is definitely "you" - I'm a bigger fan of it than the new OS line.